So here are our pictures from golfing at the club. Other than being hot, we had a lot of fun. Cody did amazing and I will admit, I was very impressed! Except for now he won't settle for anything less than being a gazillionaire so we can be members at a nice club someday! 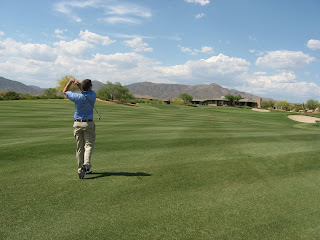 Nothing less than AMAZING 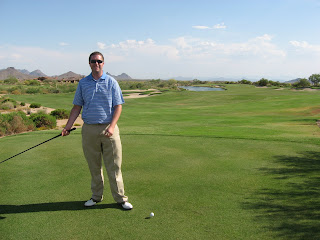 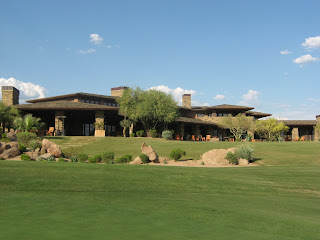 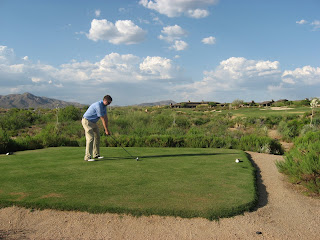 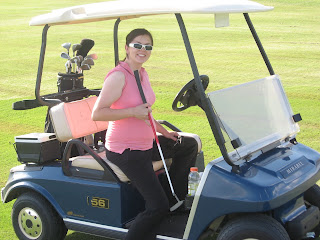 This is why I took the pictures 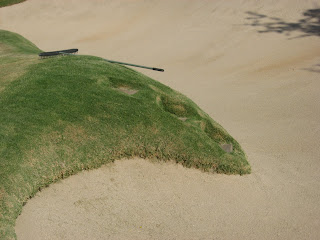 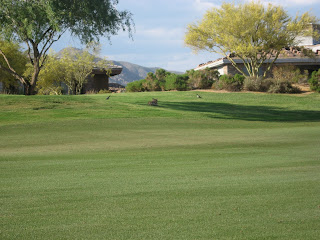 A coyote chillin on Hole 17 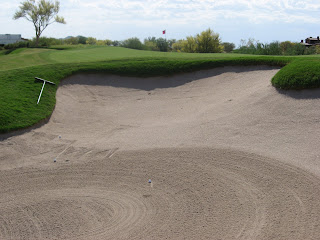 Its hard to tell but he hit three different balls and they all landed in the trap. Quite hilarious. 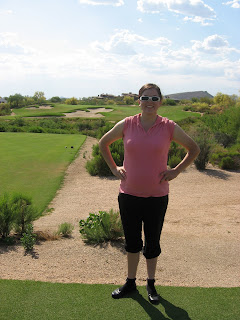 Again....why I was behind the camera! 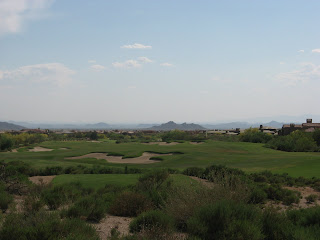 Just an awesome view. Its beautiful out there. 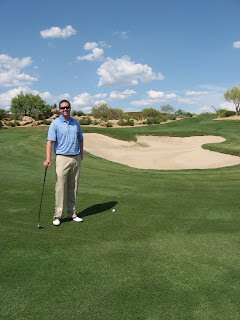 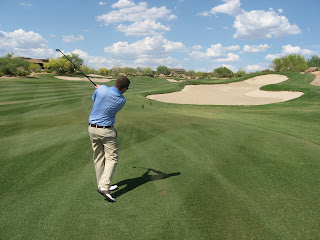 A very impressive shot for sure

You're quite the little outfitter wearer there at the golf course. I like the rolled sleeves, rolled up pants, and ankle socks. Going in style! Mom wanted me to click on it to make the picture bigger, I said, "I don't want to see it bigger." We had a good laugh. You look gorgeous pregnant. We're so happy for you. It was good reading your posts. You barely even look pregnant and you're 2/3 the way there. Happy times.