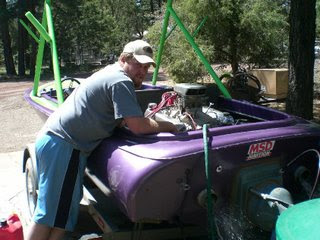 This week I am writing about my oldest brother Ryan Jim Reidhead. I have been taking notes to remind myself what to write down!

One time he asked me to massage his back so i sat on his back and let er rip. He jumped up so quick and years later has finally repaid me the honor. A family that farts together, stays together. When he got ran over by a dump truck he gave us all a scare. I came home and saw my mom on the phone with the doctor the most nervous I've ever seen her. Then they took the blood out of the blood clot and we all squirmed, escpecially Ryan who was gripping the walls and left two greasy streaks on the white doctor walls. I believe me, Kiley and possibly my dad left the room cuz we have a weak stomachs. Ryan would've done anything to get out of that room as well.

Ryan kept putting his feet on me which permanently smell like cowboy boots so i gently pulled his toe hair. I'm still surprised he didn't kick me. 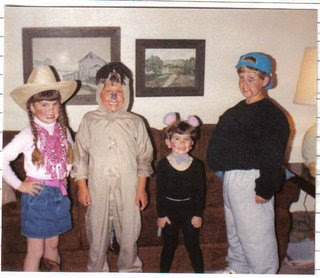 I used to have to wake him up in the mornings after my mom would call down in the dungeon and not get a response. We all knew he could hear her...the neighbors could hear her. I would quietly turn his door knob and sneak up to his bed so it wouldn't be a rude awakening. Well nearly everytime he would jump out at me and scare me SO bad. 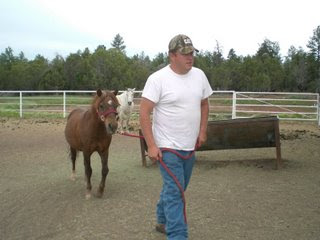 I drove his truck to Snowflake with a friend as a favor cuz I'm awesome. I couldn't get the clutch and the gas just right and kept stalling. Finally I gunned it and shoved it into 3rd gear...who cares about 1st and 2nd right? and we were off. We made it to snowflake, got the new tires put on, and were on our way back. I parked it right where I found it, which happened to be on a little hill. I put the emergency brake on and pulled away in my red station wagon. The next day I got a call about my trip and if I had a hard time getting started. I told him yeah it was a little tricky. He said, "Thats usually what happens when you leave the emergency brake on for 15 miles." Woops. I guess his friend had parked his truck at the bottom of that little hill and got a "little" dent. Again...woops.

He can talk his way out of any ticket.... MOST of the time...but I guess not quite enough. I have the same lead foot...in fact we all do.
His dog "Nice-Ace" was the best trained dog I've ever been around...and had the worst farts ever. He knew how to clear the room...yes I'm still talking about the dog. (I wasn't here for this one) One trip to Ruidoso, Ryan was laying on the ground and my uncle Gary sat on him and Ryan let out a big one. I doubt Gary has ever laughed that hard or anyone else that was there.
One time Ryan came down to Thatcher because my car wasn't working right. He bought a new battery for it and on our way home from Wal-Mart we passed my friend on her mo-ped. Ryan then got in front of her in his Ford and LAID down the black smoke for about a solid mile. You could barely see the mo-ped's head light! We laughed SO hard. 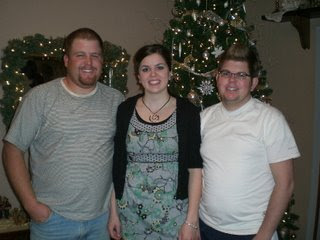 Coming home from a trip to Rocky Point we were all piled into the old Dodge and had a camper shell put on the bed so there were enough seats for everyone and so we could take turns sleeping on the mattress. Yes we're THAT family! Well we stopped at Dairy Queen and went through the drive thru. Ryan told us what he wanted and my dad told him to act retarded when the lady handed him his through the camper shell window. He did it and we laughed so hard! I'm sure the lady wanted to call CPS.
He has always remembered to call me on important dates and supports me.
He has always been a very protective brother whether he admits it or not. He never liked any of my guy friends and they all knew it!
He goes and goes and goes but he crashes hard when he's done.
I'm excited to see him with my little kid. Hopefully he'll teach him how to be tough.
I love Ryan more than anything and am thankful he's my older brother. He made growing up a lot of fun!

I don't think you explained that after you parked the truck on the hill, that the brake didn't hold, and it rolled back down the hill and ran into someone else's truck. So besides the brake that was ruined, Ryan had to pay to have his friend's truck repaired! Have you ever been allowed to drive his truck since that time??? :D Good ol' Ryan! We love him.

There are many great stories that I can recall about Ryan and his driving habbits. I could probably right a book...or two.
I'm so glad that you talked so freely about farts and whatnot.

I love Ryan! He's such a good guy! He's taught me so much and is one of my favorite cuzins! Actually all of Jim's kids are my favorites! I love you guys and all your funny memories!

i don't know about all the stories but there might be a little truth in every one. when i got ran over, i never told anyone till sittin in church i showed mom my black leg, you drove my truck all the way to taylor and back with the parking brake on, and it never worked again, and i never did get paid back for that battery! its ok thats not why i came down there. you forgot to mention when a certain car blew the engine i came down and picked it up and hauled it home for you. but i'd do it all over again. for as many miles as i traveled picking you up, fixin your car, always called like it was an emergency, so i had to drive fast just in case it was. that might be the reason i learned how to talk to cops.
love ya, your big brother, RYAN