Red Knolls and the burnt Mansion

This past weekend we decided we weren't going to sit at home and be bums. We got up early Saturday, packed our lunches and made our way to Red Knolls to do some hiking and exploring. It was a beautiful day. It wasn't nasty hot! Red Knolls is basically a mound of clay...but cool. I know it doesn't look very big...but it is! There was a guy who was walking on the top and the clay broke and he fell clear to the bottom. Unfortunately it killed him so we were careful and didn't go up to the very top. Plus its high and I'm not a fan of heights! 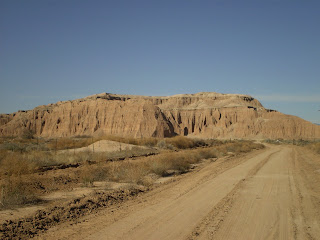 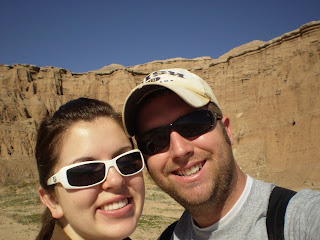 Me and my man 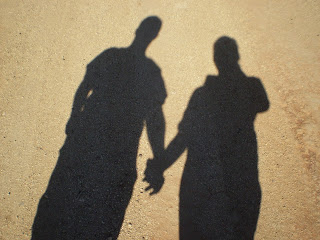 I know it looks like I'm missing an arm but I love the simplicity of the picture. 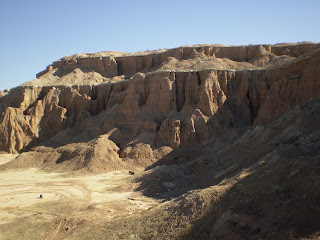 Just a cool shot as the sun is rising 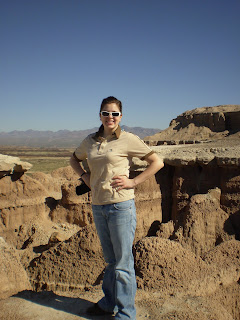 Behind that smile, I was thinking, " Steady, Steady, Smile, Steady" 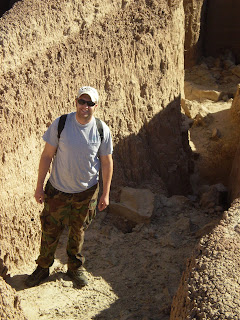 Checking out if there are any snakes.
Back in the 1800's there was a mansion built out in Eden. There are hot springs and what not. It used to be a very popular spot where even the Rolling Stones stayed but was shut down because they wanted the pools to be chlorinated...which would defeat the whole purpose of the resort! For years it has been abandoned but kids still sneek out there. I never did. The guard would shoot at any trespassers...probably in the air but anyways, it burnt down two Sundays ago and I had never seen it so Cody took me to where the turn off is just so I would know. When we got there, there was a man going in with a tractor to clean it up. He said he couldn't let us in but the owner would be there soon and we could ask him. So we waited. The owner let us in and we got to tour around. It was so cool! 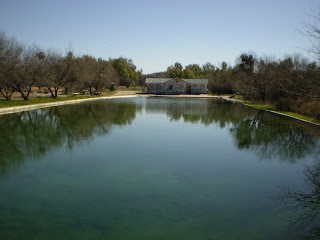 This is the olympic size hot springs pool. That is just the pool house at the end of the pool. 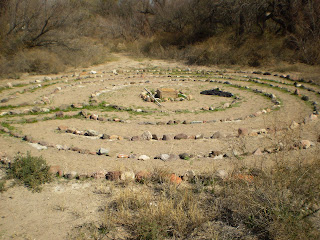 I don't know what these are called but they had one. I guess you're supposed to "find yourself" in it? Some people... 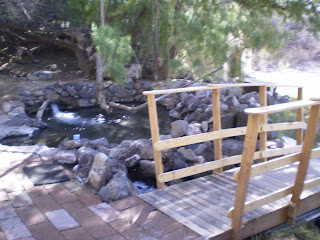 This is another hot spring and it was smokin hot! It was such a cute little area. 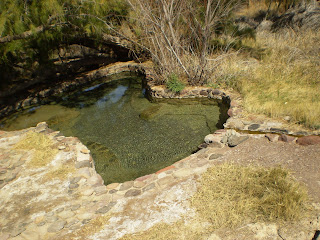 Another hot spring in shape of a guitar (I'm guessing it was requested by the rolling stones...I'm probably totally making that up!) 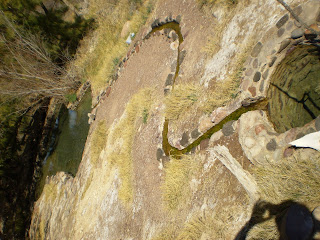 Just another shot of the guitar...the circe kinda by my shadow is the spring where all that water comes from. 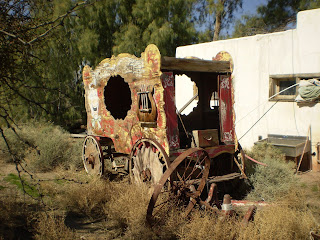 This is an old circus cart. They had other random things out there but I loved it because it was all so old. 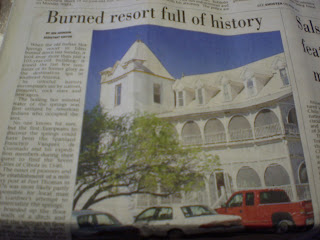 This picture is from the newspaper. It was absolutely beautiful and in such good condition! 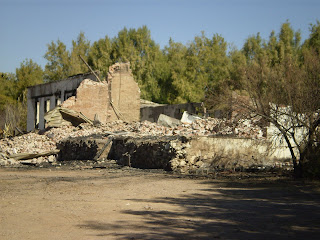 This is whats left of the mansion. 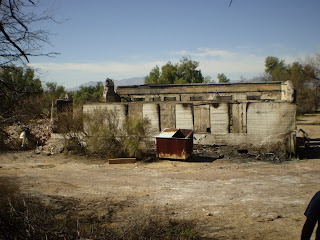 It really is too bad that this historical building burnt down and they suspect arson but who knows if they'll ever figure out by who.

It was nice to get out and see what the desert has to offer other than heat, snakes, gila monsters, spiders and scorpions. I loved exploring with Cody. He's a good little hiking buddy!

What a fun time you must have had. Lots to see and do in little old Thatcher, huh? ;o) Glad you went on a fun adventure. I'm ready for warm weather here, too!

That is so cool. I wish I had done some more exploring when I was there.
And also, my grandpa went to school in Eden when he was a kid. Wish I had learned more about it.
Maybe when I settle down in Thatcher I'll get around to it.

When we left your place yesterday we turned right and went down Raey Lane and over the bridge then turned left. I think we drove through Eden and we saw the large formation, but we didn't see the burnt mansion, or if we did we didn't know it. It was a new way to leave town. I enjoyed seeing it, your mom slept. Ha. Enjoyed the visit too. You an Cody look so happy together and your home is so cutely decorated. We need some of those speakers. The difference they make is amazing. Dad